Abington Hospital is 1.35 miles north of my house in Jenkintown Borough.  Parking at the hospital costs $4.  Driving takes under 10 minutes. But so does bicycling.

Yesterday I biked on Old York Road (PA 611), and it was not pleasant because vehicles drive pretty fast between the stoplights.  Once I arrived at the hospital, there was no visible bike parking. I parked my bike in a grassy area near the entrance on Old York Road.  I asked the security guard about bike racks.  He said he couldn’t think of any nearby.  “Your bike’s fine there,” he said to me.

Riding an upright bike, my average speed was 8.4 miles per hour.  This included stops, and much of the ride is uphill.  Coming home was mostly downhill except for Spring Street.  Spring Street has almost no traffic, so I am usually fine biking up it.

Many places I need to go, such as Trader Joe’s, the Abington Library and the hospital, are on Old York Road. When my kids were in daycare, we bicycled from Jenkintown to Play and Learn together on Old York Road.

I don’t feel well served by regional and local plans that direct cyclists away from Old York Road. The 611 Corridor plan, the Abington bike plan, and the Montgomery County bike plan all fail to consider making the roadway better for bicycling.

It is legal to bike on Old York Road.  I feel compelled to ride on the sidewalk, but the sidewalks themselves are problematic.  People are walking on them and waiting for the bus.

Since it’s legal, I will do my best to ride on Old York Road. Biking on 611 is harder than riding on the sidewalk.  Crossing Old York Road from the Trader Joe’s parking lot so that you can bike a few blocks only to turn left again isn’t pleasant.

By the way, biking from my house to Trader Joe’s takes under 5 minutes.

The irony of driving to our destinations

According to this article by the US Center for Disease Control, 79% of people over 17 years old don’t meet the recommendations for both aerobic and muscle strengthening physical activity.

There may be lots of reasons for driving everywhere instead of biking.  Mostly, it is culturally acceptable and driving is prioritized by planners.  Other reasons include safety, time, weather, carrying stuff, personal energy expenditure…

The irony is that we choose be sedentary instead of active.  We plan trips to be in nature months in advance while ignoring song birds that we’d hear if we walked to the store.

What we can do?

The walk from the hospital home is under 30 minutes.  Biking is under 10.  A car really isn’t necessary.  Let’s embrace Old York Road for walking and bicycling. 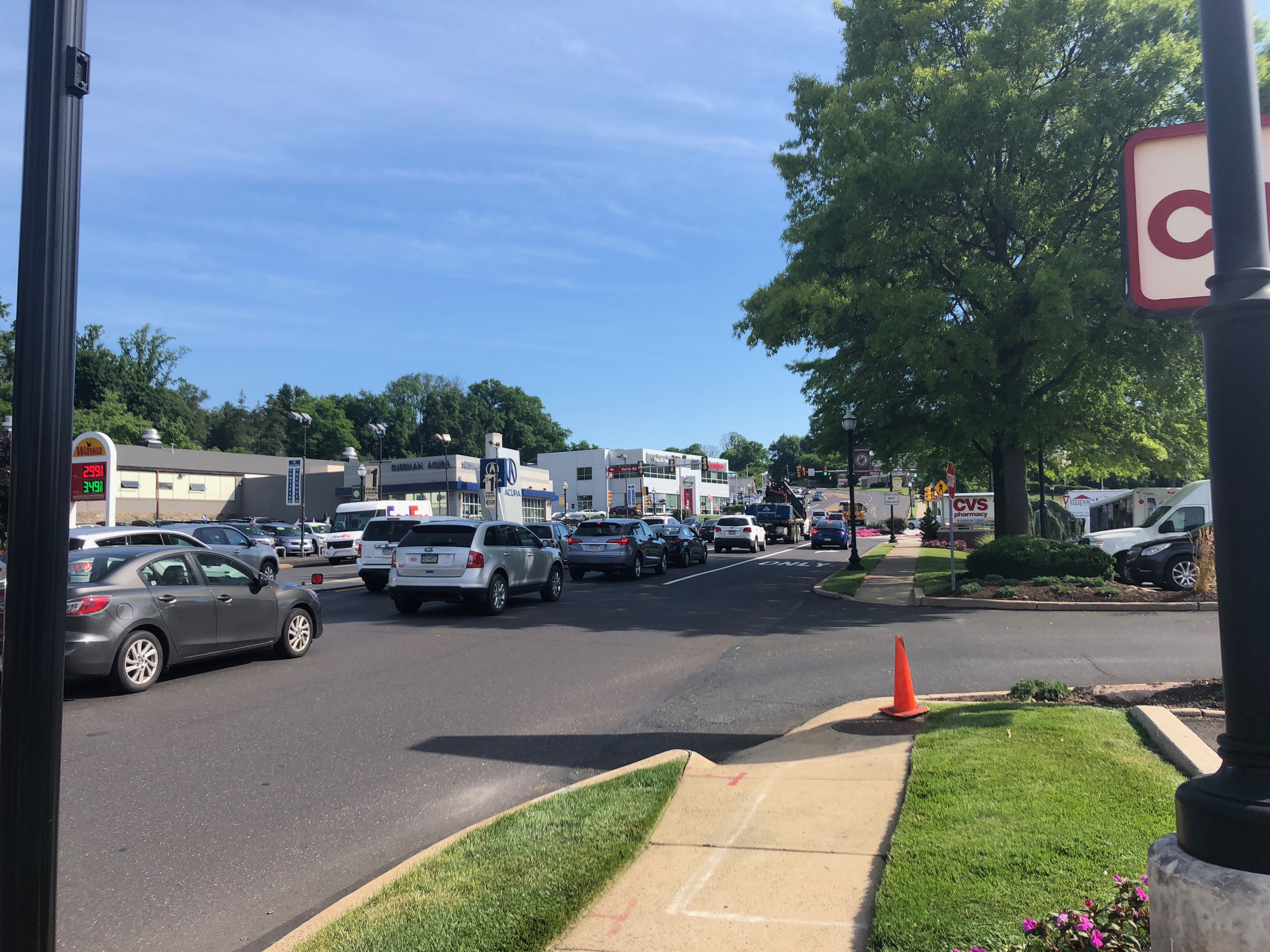 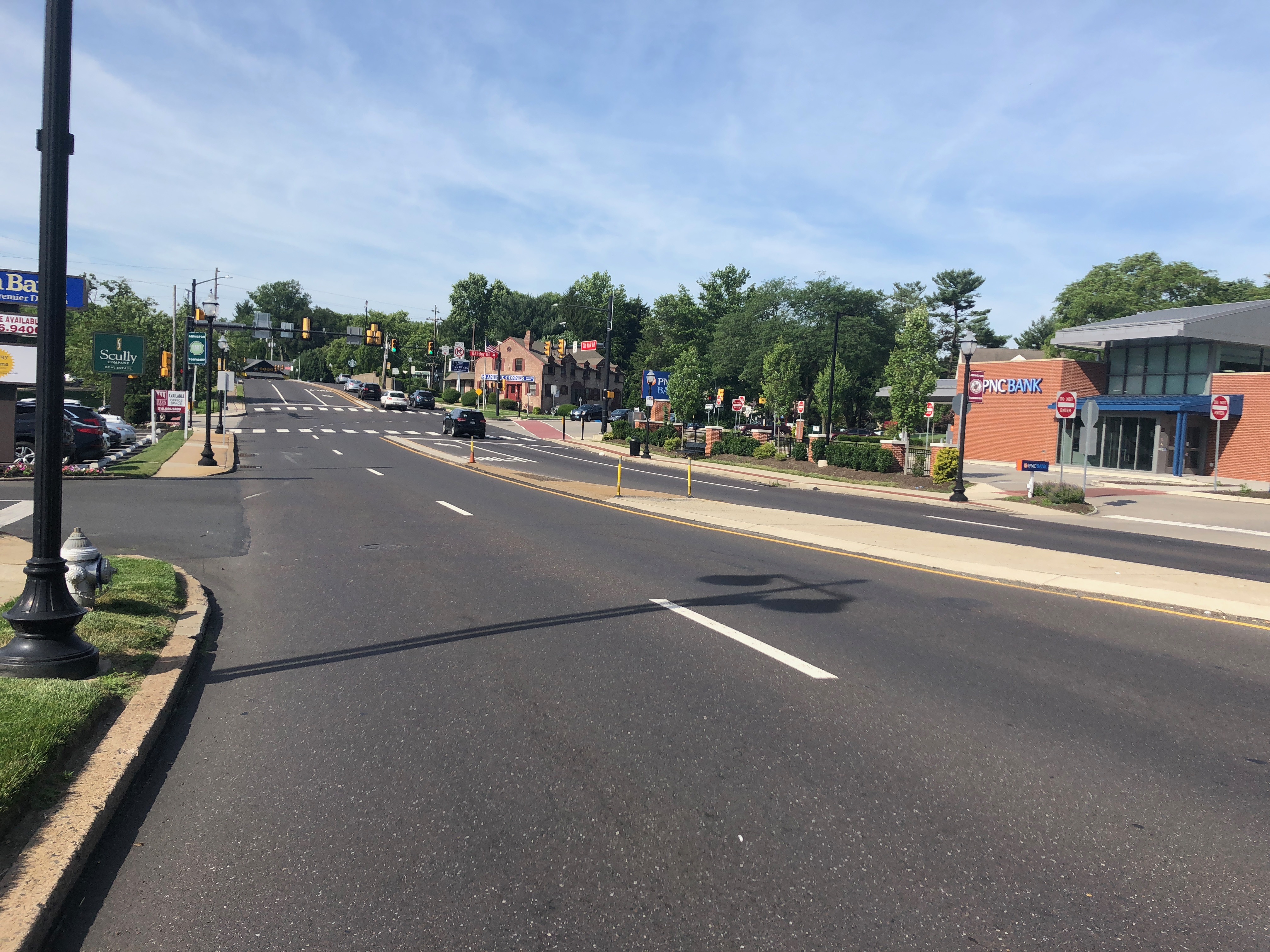 Old York Road across from Wawa. 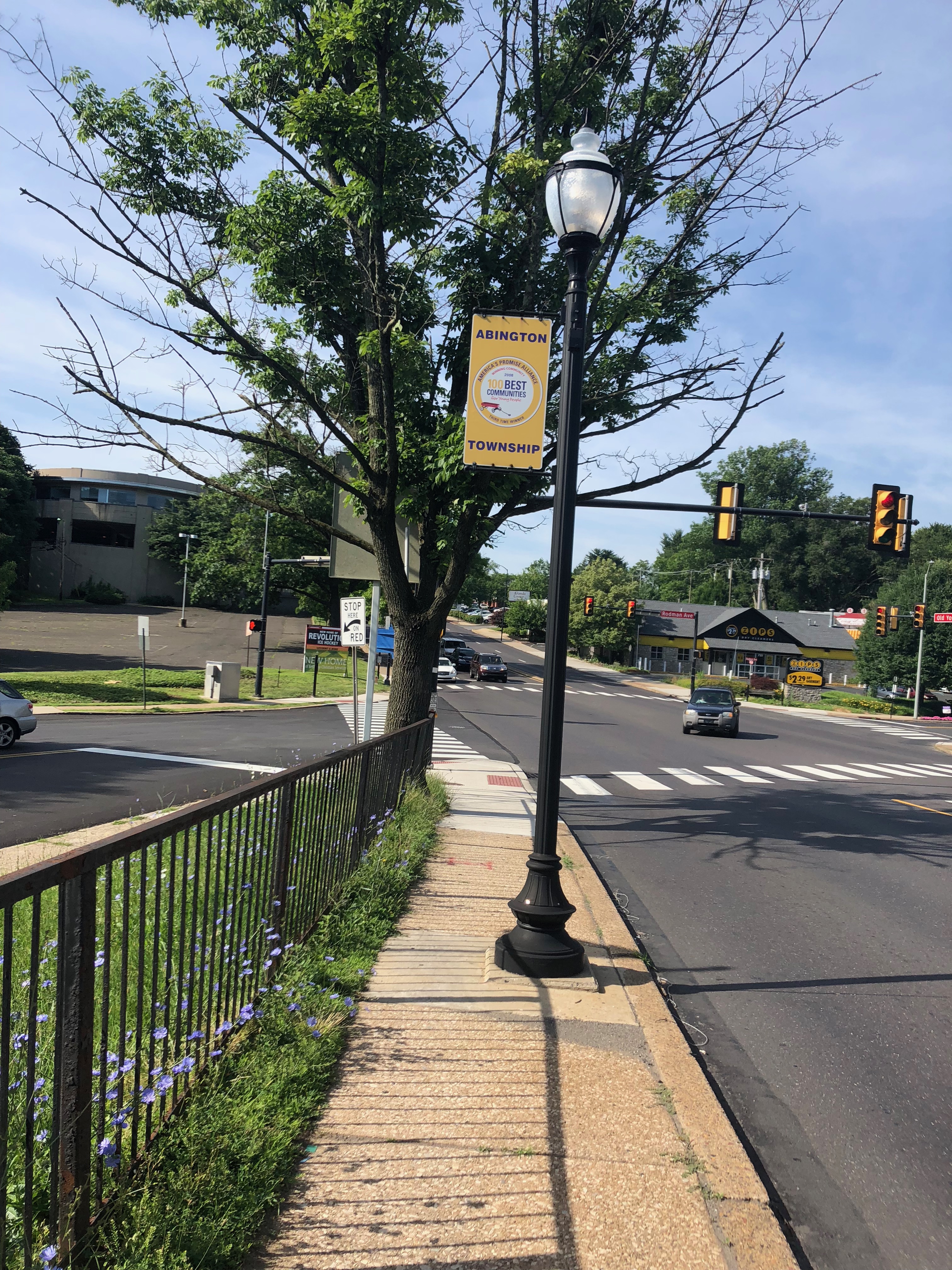 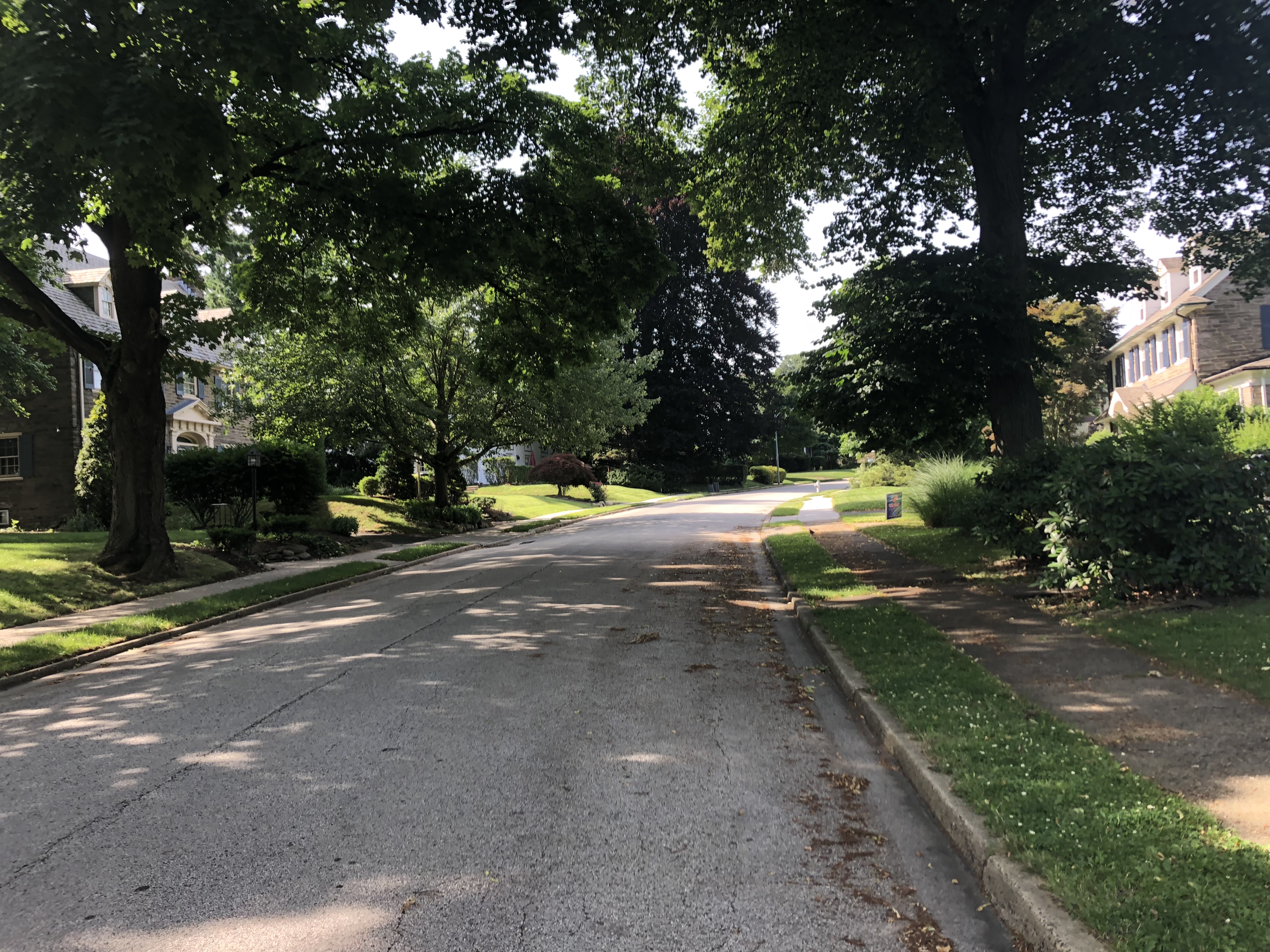 On Vernon Road and Spring Road I listened to birds. 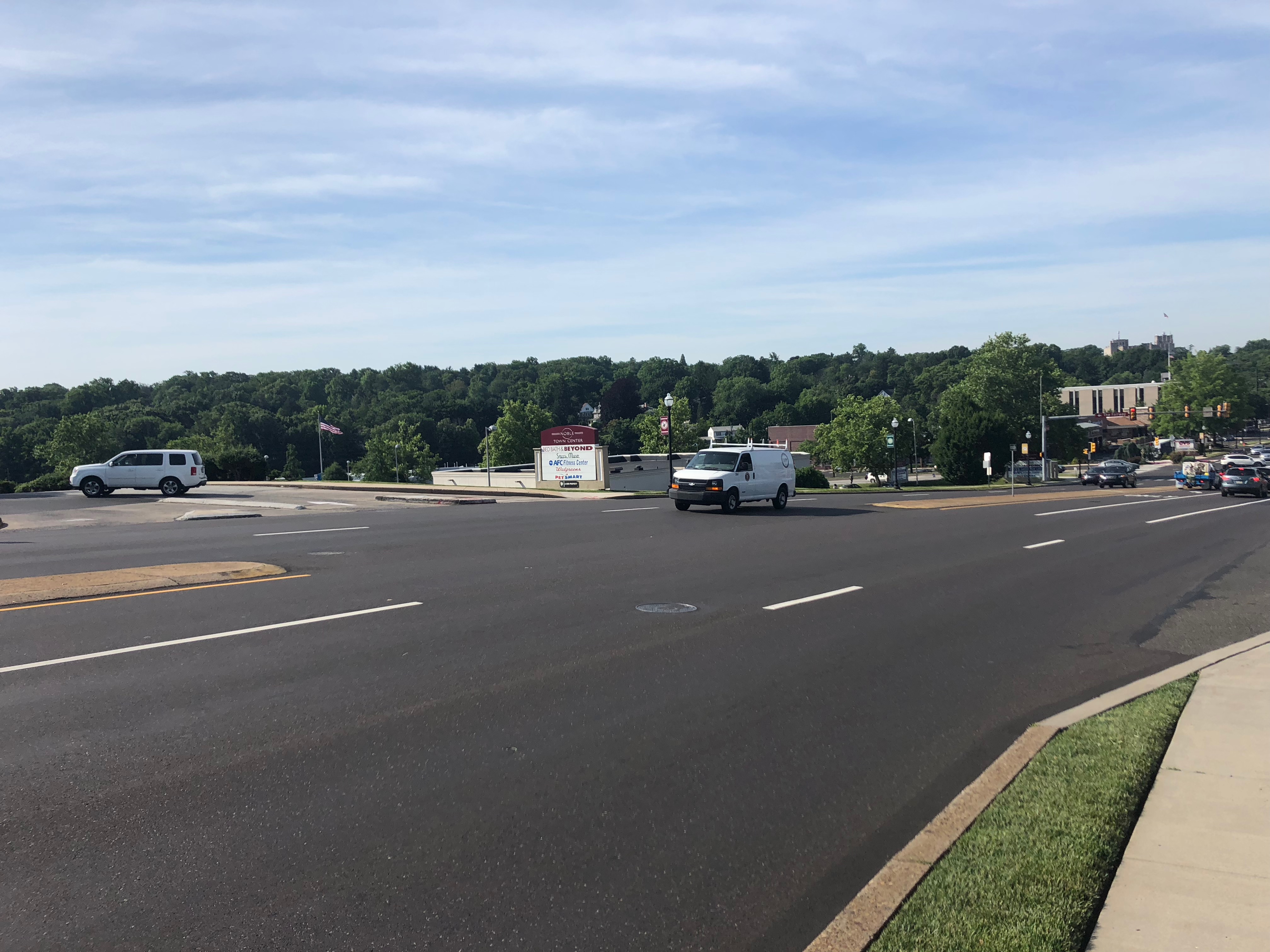 Across from Trader Joe's Entrance