Let’s get lunch! – A Ride into Center City Philadelphia

In June, I biked into Center City, stopped by Campbell Thomas & Company for a nice chat with Bob, and then met up with Justin to get lunch at Hey Hummus and compare gravel bikes. My route took me through the Wissahickon, which was undergoing some reconstruction due to storm damage. Along the river I took some photos of the Fuji Jari.  I really like this bike. It’s so smooth on the crush stone paths as well as bumpy road surfaces.  If I had only one bike, it would be a Jari.

While biking on Market Street, I found the protected bike lane, shown below, interesting.  It seemed particularly helpful to pedestrians because it narrows the street.

Here’s the route (except for in Center City): I left home on the Fuji Jari at 9:30, bike 35 miles, had two meetings, and was home by 2:00. Justin biked back along the Schuylkill River Trail with me into the Wissahickon so that we could talk and compare bikes. 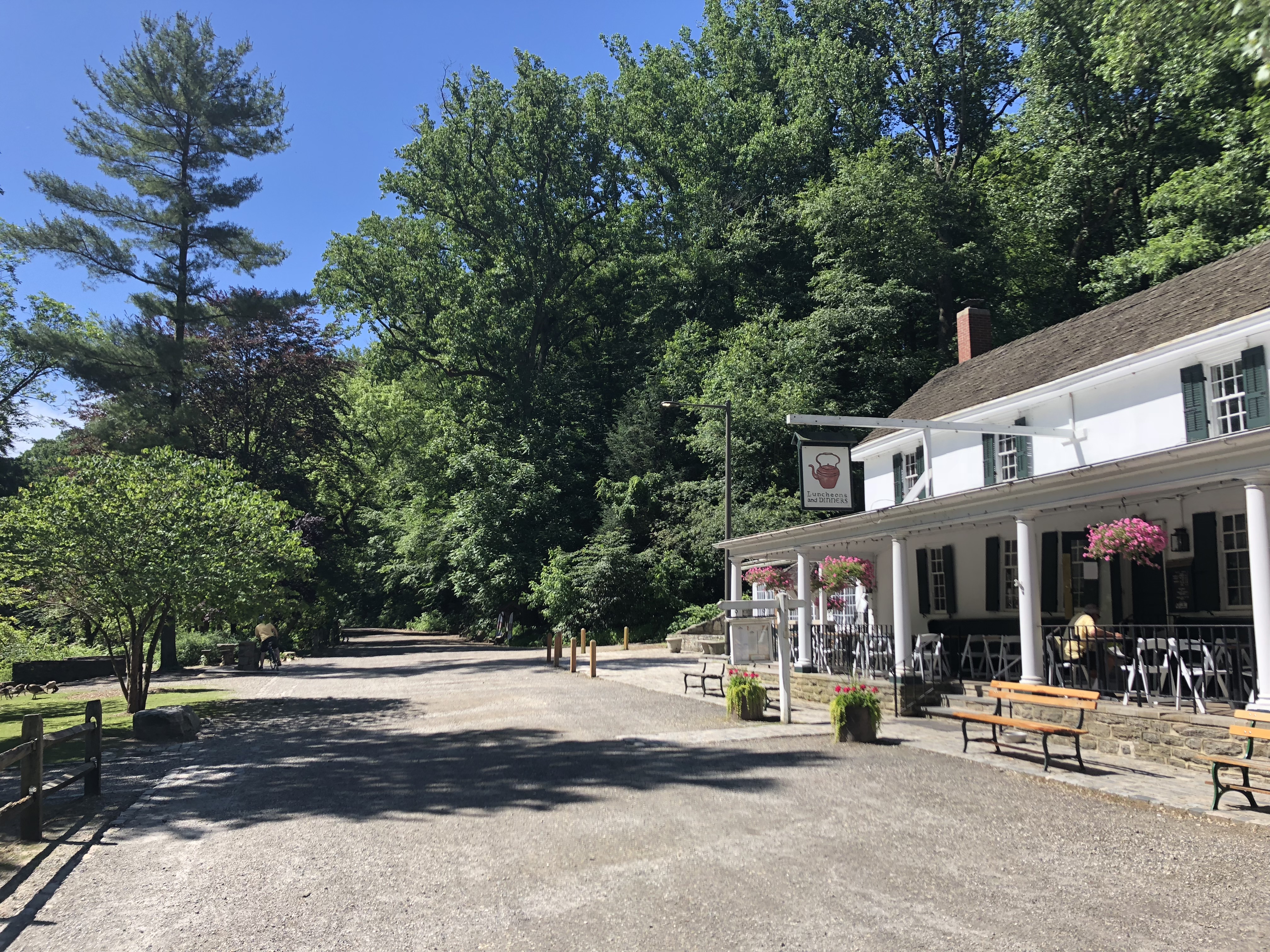 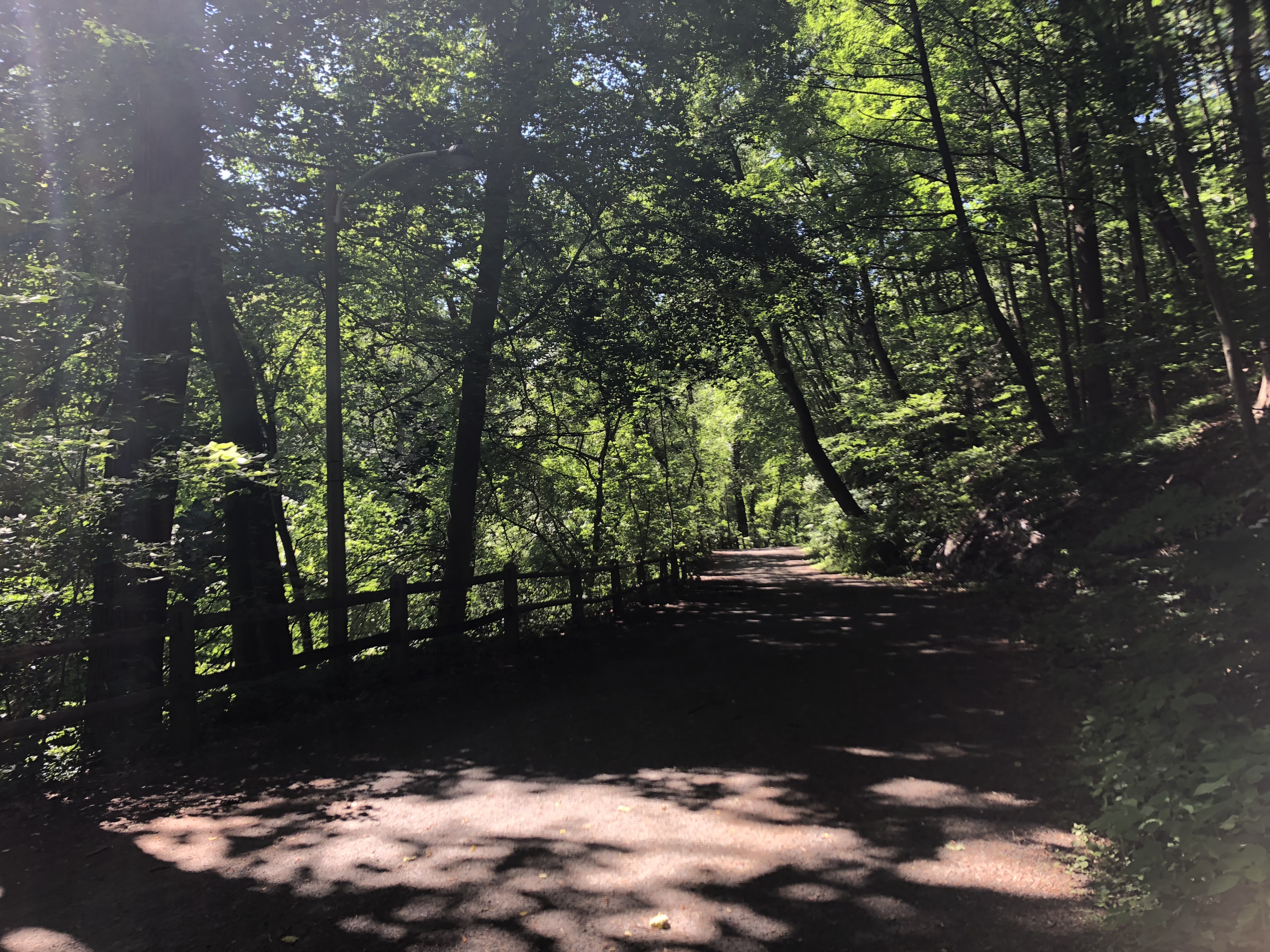 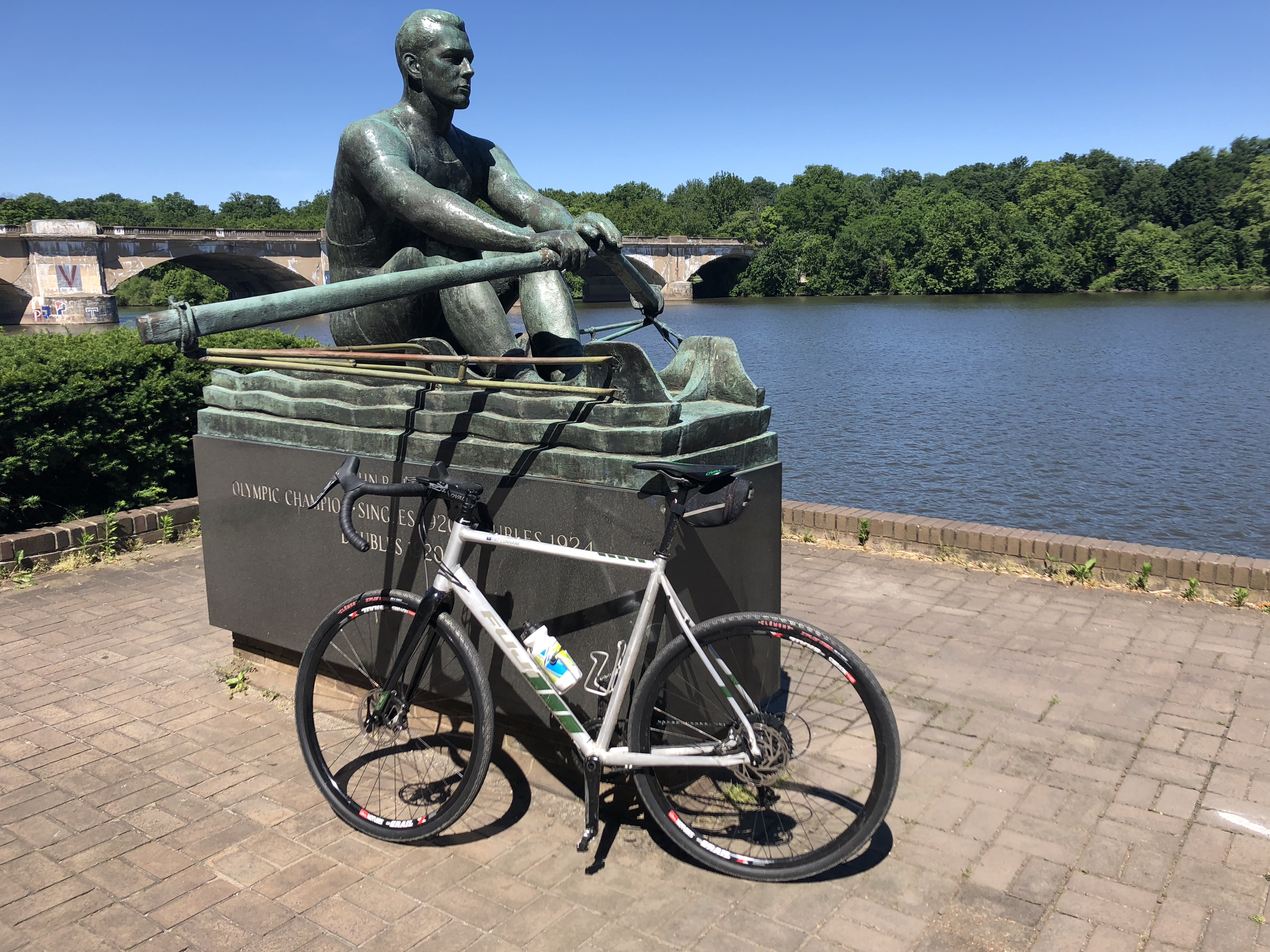 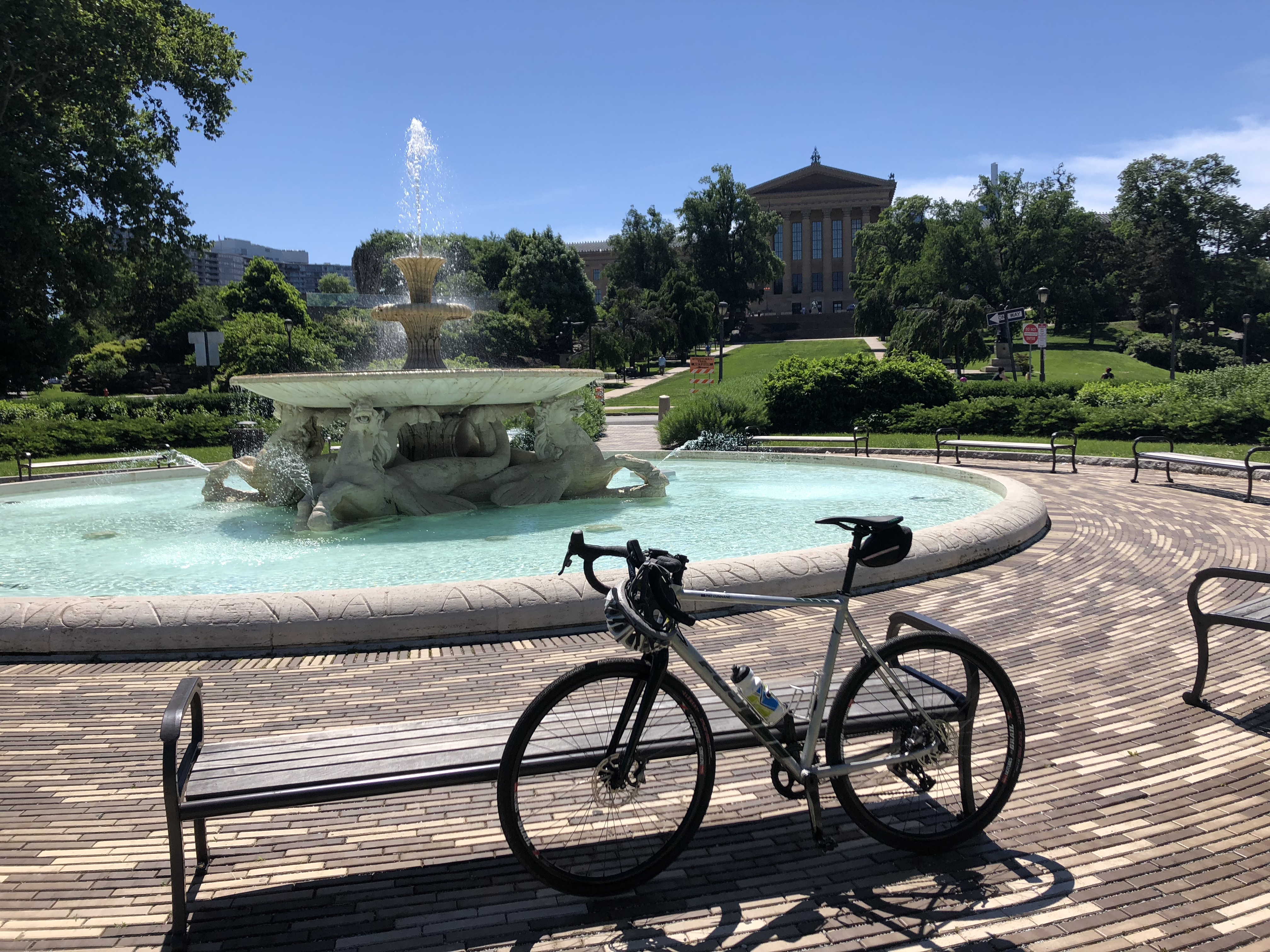 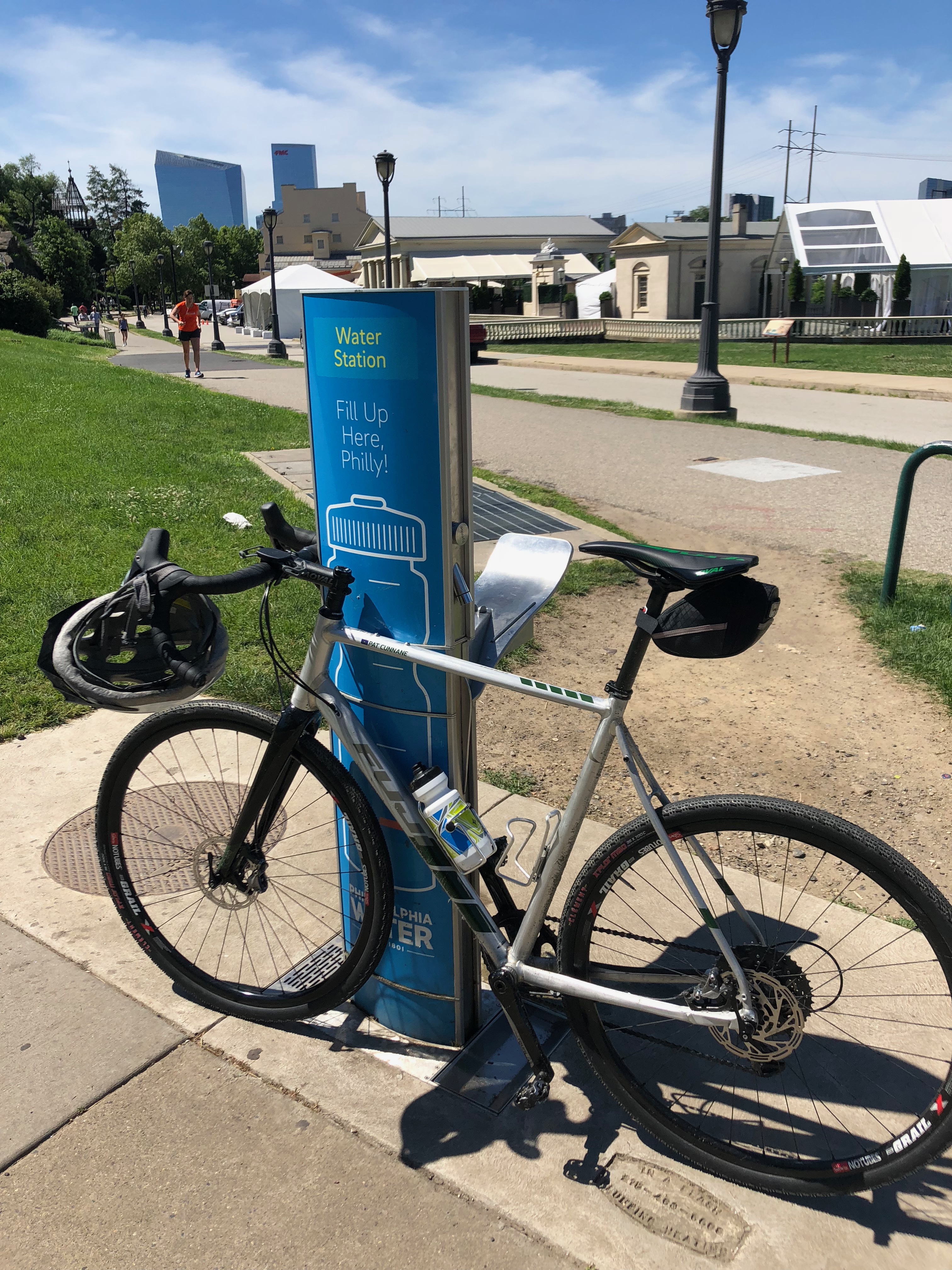 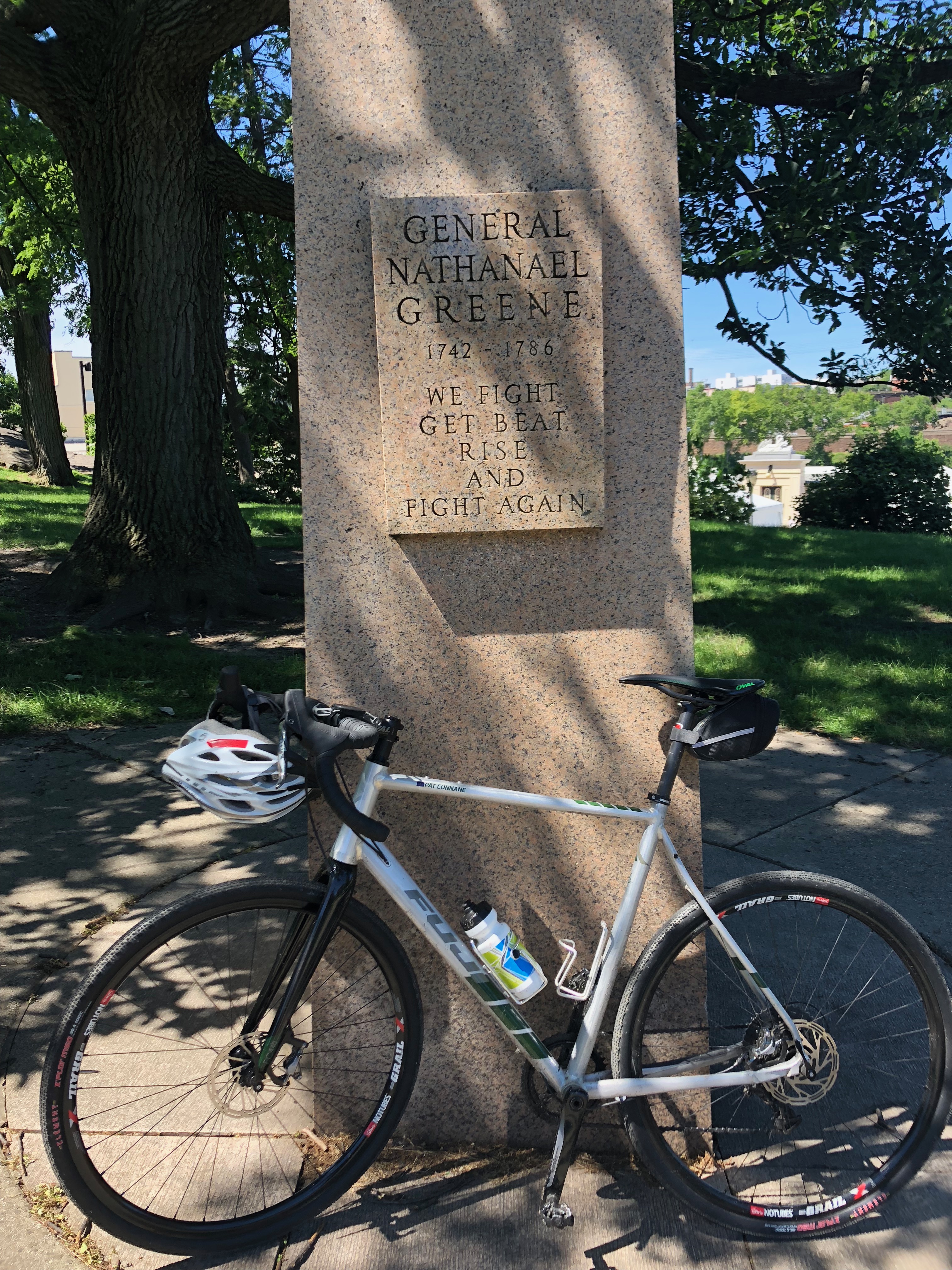 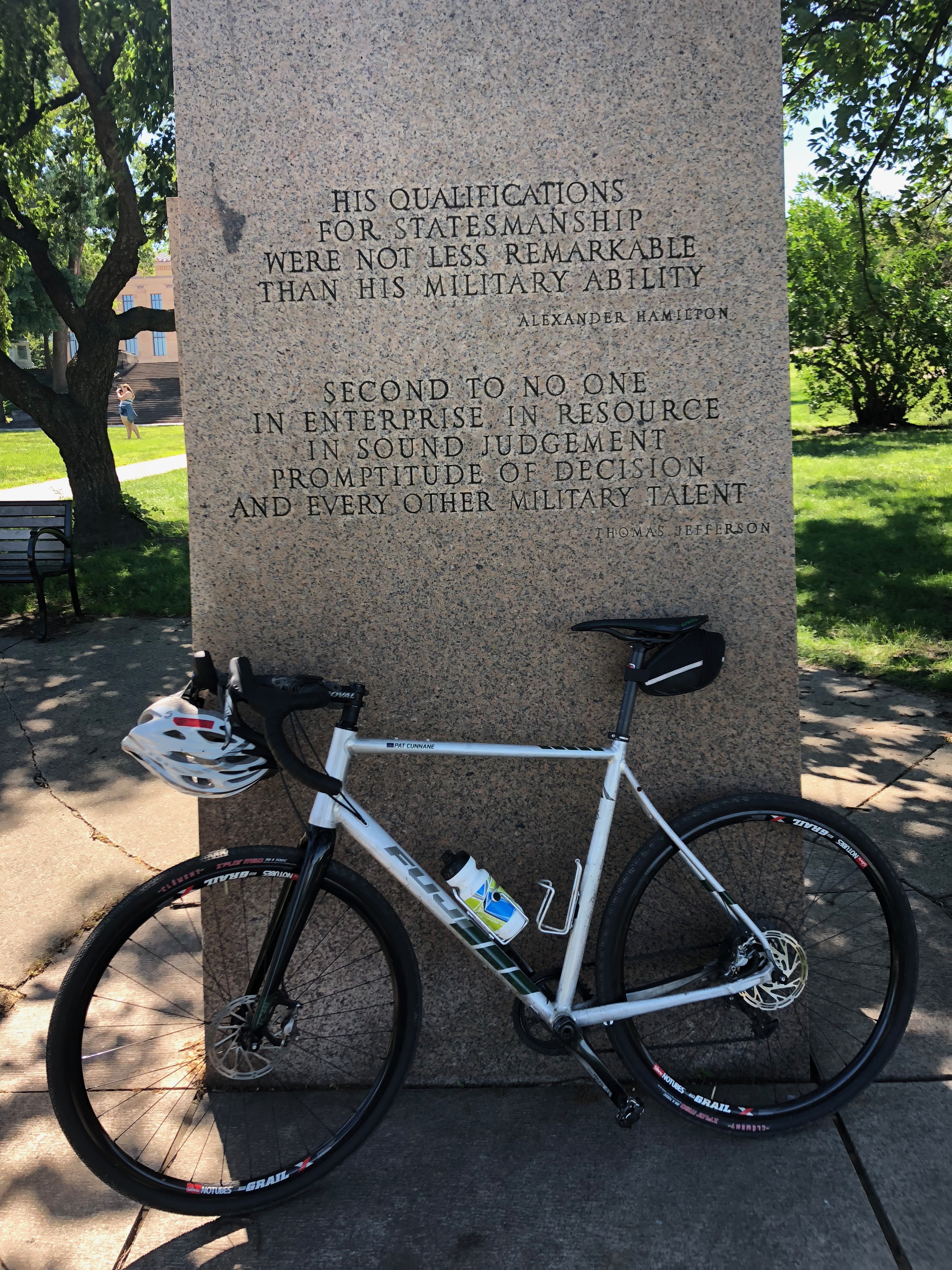 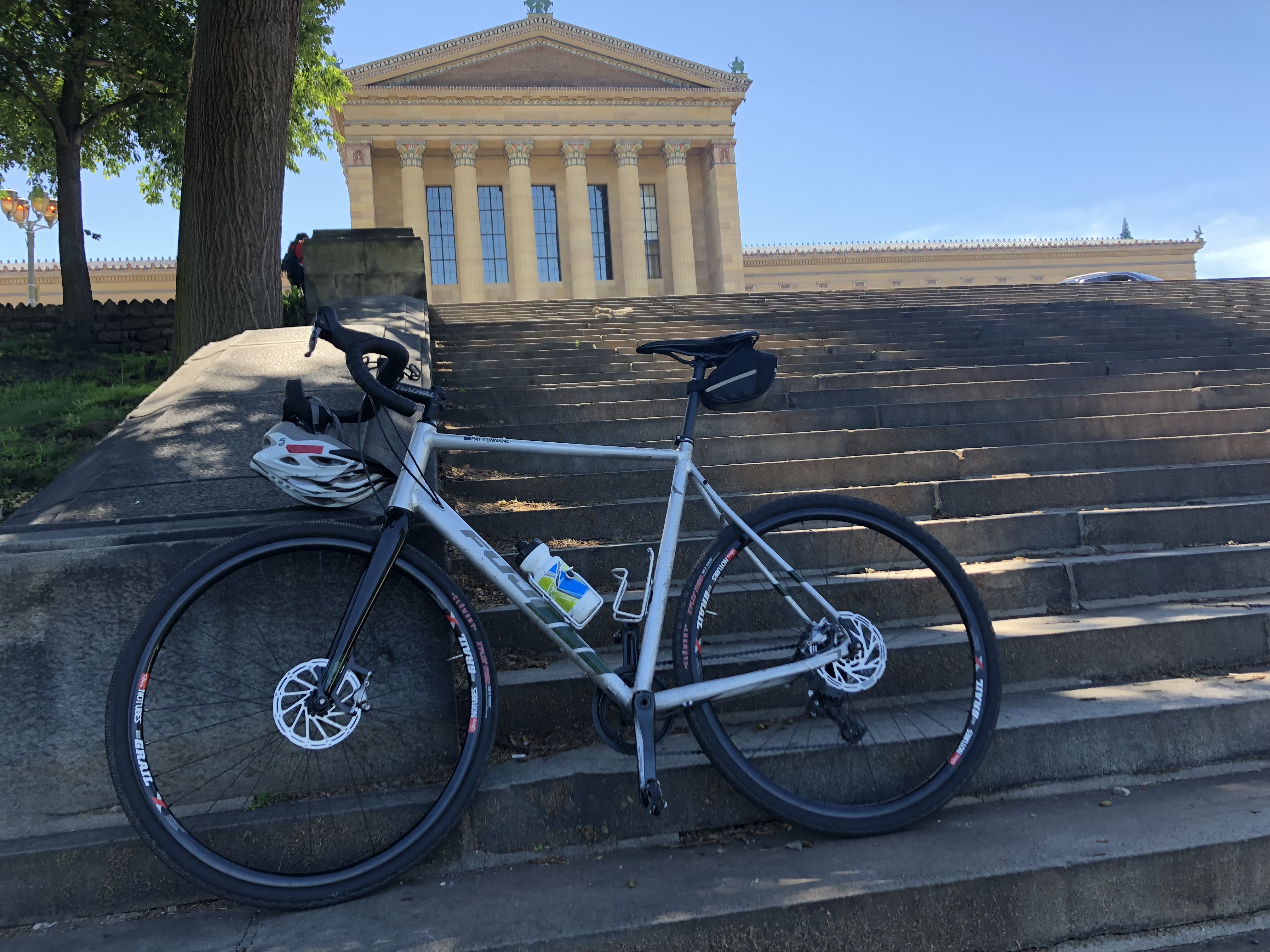 My back of the Art Museum Jari photo